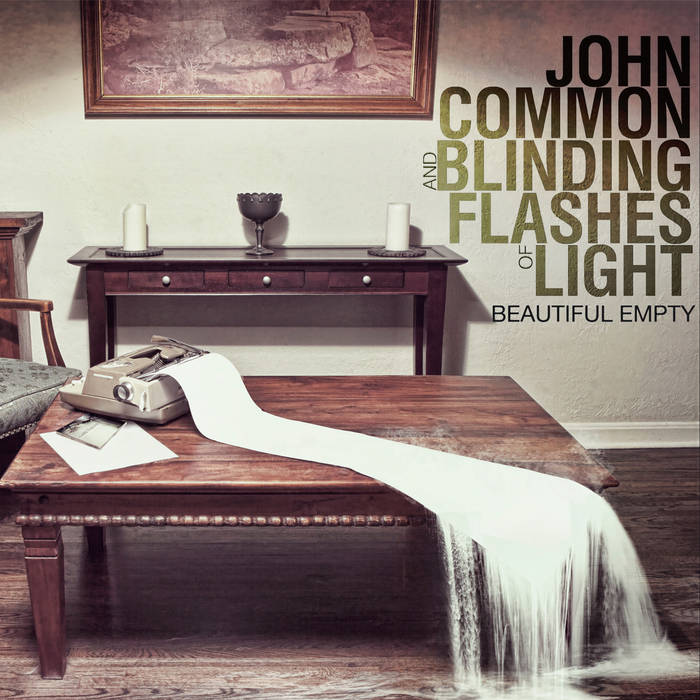 Ben Adams You nailed it! Favorite track: Can You Hear Me.

"An acoustic rock masterpiece. The album is a perfect 10." - Music Connection

"Beautiful Empty showcases a songwriter of remarkable depth and maturity. The album’s rich textures, orchestral arrangements and Common’s weathered-yet-optimistic vocals deliver a package that is sophisticated without being too slick. It invites you to poke beneath the surface, and rewards you with soul, insight and some musical surprises." - Denver Post

"After nearly quitting music, John Common made the best record of his life. The first thing you notice about Beautiful Empty is its spaciousness: The voices of Common and DeNicola blend together seamlessly. The lyrics on Beautiful Empty are every bit as affecting as the instrumentation, and as varied." - Westword

"Beautiful Empty, with its lush and spare arrangements, demands a broad audience. It's one of the finest records out of Denver in years." - North Denver News

“A talent as real and rich as John Common’s deserves to be spoken about.” – BUCKETFUL OF BRAINS / UK

“I admit I’m a bit of a skeptic. When I hear or see a lot of buildup or hype over something, I usually get a little put off, because too many times the “something” doesn’t measure up to the hype. When John Common and Blinding Flashes of Light finally took the stage, my doubts faded away. By the third song, I was a fan. By the fifth song, I wanted to join the band. The music was very nearly flawless–great sound, great arrangements, great vocals, great musicianship. It was one of those “good for the soul” music moments for me.” – THE EXAMINER REVIEW OF LIVE SHOW

“John Common and Blinding Flashes of Light emerged through smoke dressed to kill in black and red and goggles. From the second they took the stage until the second they left it, they played with the sort of blind joy that will make you believe in whatever they're doing… DeNicola’s voice is an arrow, unmistakable and full of personality. Common's voice, by contrast, is steady and broad. It swallows you. His band, composed of his choice of local talent, is of unmistakable high caliber, each capable of holding a song by himself. But this is John Common's music -- it's pure passion and happiness.” -- WESTWORD REVIEW OF LIVE SHOW

BEAUTIFUL EMPTY
Written and directed by Common, it is a lushly orchestrated, lovingly crafted collection of ambitious, cinematic and honest pop songs. The words and music that fill up Beautiful Empty will pin you to the wall, break your heart and put a knowing look on your face.

Why call it Beautiful Empty? It has something to do with solitude – intentional space – and the kinds of things that tend to only happen in those places. The songs come from those stories and films that play in our head when we’re finally quiet and empty enough to pay attention.

BEAUTIFUL EMPTY by
JOHN COMMON AND BLINDING FLASHES OF LIGHT